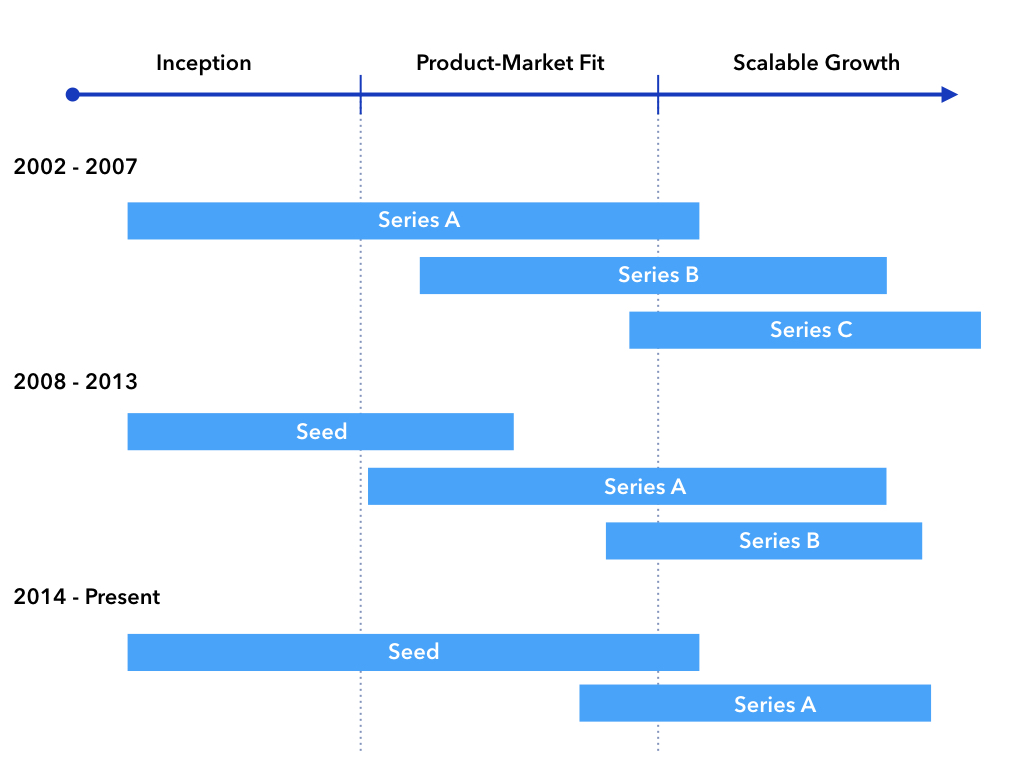 I work for a local edtech company that is planning to raise a round this year. What’s the fundraising environment for edtech companies in 2017?

This is a good question and one we follow closely. While we have recently had very good news on the fundraising front for our portfolio companies, we are aware that the market, in general, is tight. And we are making sure all our portfolio companies are aware of these market conditions and managing their cash accordingly. As a matter of fact, my partner at Reach Jennifer Carolan, recently wrote a letter to the founders and CEOs of our portfolio companies reflecting on the fundraising environment in 2016 and what to expect for 2017. While it’s hard to predict the future, I thought her answer might help you. Below are the highlights…

As forecasted, 2016 saw a softening of venture activity, especially at the seed stage, and a return to historical means after a frenetic 2015. In this letter we share what we’re seeing in the edtech investment environment and offer our thoughts on what that might mean for you.

Edtech investment generally follows the same trends as the overall tech investment landscape, and 2016 was no different. Overall, tech investment declined for 6 straight quarters, with seed rounds seeing the sharpest drop. Similarly, education saw a ~30% decline in investing activity last year. 2016 was off from the year prior by about 60 fewer deals and $370M dollars. Keep in mind that education remains a very small slice of overall venture capital activity: in 2016 education investments represented about 1.5% of total VC investment.

This regression should not raise alarms given a record-breaking 2015, a year many investors felt was overheated with its rapid pace of investment and high valuations. In 2016, investors turned inward to manage their portfolios, raise new funds, and come up to speed on new sectors like AI, Machine Learning, and VR/AR.

In 2016, venture capital funds raised $40B, the largest amount since 2000, the height of the bubble, when they brought in $101B. In edtech, notable recent activity includes Rethink Education closing on a $107M fund, and New Markets Venture Partners doing a $30M first close in October 2016.

These two funds together with Owl, Learn, GSV, and Reach represent more than $400M of capital for startups along all stages of education, from preschool through lifelong learning. We are seeing edtech funds broaden their investment scope into international markets, lifelong learning, consumer models, and some are deprioritizing K-12. In 2016, the seed stage saw the most marked drop with a 28% decline in number of deals. However, the size of the average seed round across all venture capital increased by 50% to $1.7M. Since starting the Newschools Seed Fund in late 2011, seed rounds in our portfolio have gone from an average of $600K, led by mostly angels, to a 2016 average seed round of $1.7M (same as the VC average), led by institutional investors.

In 2016, across all edtech, there were 66 seed deals, which marked the lowest number since 2011. However, the dollar total — $62M — was on par with 2014 levels. As seed rounds continue to shift later into the venture life cycle, they are being replaced by the “pre-seed” round. For a great explanation of this changing dynamic, read Rob Go’s piece: “What Are Pre-Seed Rounds and Why Do They Exist.”

What this means for companies raising seed rounds (not pre-seed) is that “the bar for seed rounds is getting higher,” as my colleague Shauntel Poulson mentioned in EdSurge. “Before it was about a promising idea and a great team. Now you need to show more traction and even some revenue, and some understanding of your business model.”

2. The rise of the post-seed round

Related to the above, one of the significant changes we’re seeing in our portfolio is the frequency of post-seed rounds of financing. Post-seed is for companies with evidence of early product-market fit but a lack of traction or revenue metrics to meet the ever-growing expectations of a full series A round. Post-seed rounds are sometimes called “bridge,” as in, a bridge to the A round. Matt Greenfield of Rethink notes, “We’re seeing a shift in the market where the seed stage has elongated, and the threshold for raising a series A round has become steeper. There’s an emerging gap for one-to-two-million dollar checks.” As a result, in 2016, Bay Area startups raised an average of 1.6x seed rounds, with 35% raising a second seed round and 10% raising a third. Companies raising after 2014 are more likely to raise 2-3 rounds of seed investment before being able to raise a series A.

The number of traditional venture funds willing to participate in post-seed rounds is limited and often we see post-seed terms can be made difficult for founders. Post-seeds are usually led by existing investors with an occasional new investor joining.

What does this mean for you? Series A expectations are higher, so most companies will need to raise several seed tranches before their A round. We recommend careful cash management until you achieve product-market fit and significant traction. For most edtech companies, seed stage funding is now looking like: No hard and fast series A metrics

As frustrating as this might be for founders, there are no hard and fast metrics for series A given the number of variables that investors consider. Having said that, we are finding that these metrics generally do call the attention of a Series A investor:

Beyond metrics, here are the underlying characteristics of the companies within our portfolio that have raised a successful A round:

Hardly a week goes by without an article about the tech giants competing for better AI. Nearly 140 private companies working to advance AI technologies have been acquired since 2011, with over 40 acquisitions taking place in 2016 alone. The increased interest can be attributed to recent advances in machine learning algorithms, particularly deep learning. Google, Baidu, and Nvidia, among others, have announced deep learning integrations or open source tools.

What does this mean for education? Education represents a very promising application for machine learning. We already have several investments (Gradescope, WriteLab, Volley, Mathpix, AdmitHub) applying deep learning technologies to improve grading efficiency, writing feedback, math computation, and higher education student support, demonstrating that AI/ML opens up very interesting new applications of technology to education. These companies have attracted capital from a diversity of sources, reflecting a market interest at the intersection of AI and education. We are convinced that AI is an ingredient technology for almost all software; it is here to stay and we are working hard in partnership with our companies to realize the potential of AI to improve teaching and learning.