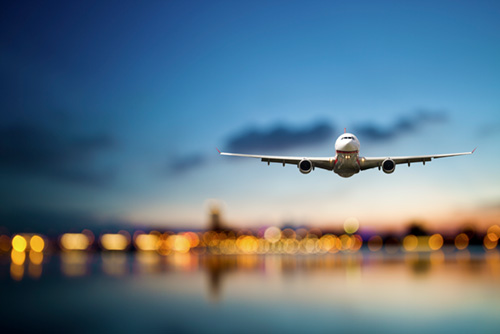 I’m an edtech entrepreneur living overseas, and as I think about my company’s expansion I’m starting to eye the US market. In the consumer tech world, it’s become much more common for companies to gain a foothold in the U.S. (Skype and Spotify come to mind), but in education it seems trickier. What are strategies for overseas edtech companies to successfully enter the US market?

Great to hear you’re thinking about entering the US edtech market. Edtech adoption is growing rapidly in the K-12 market, particularly by schools with high connectivity and device penetration. For reference, in the last 4 years, 33M students were connected and less than 2% of the schools lacked high speed connectivity.

I won’t delve into general market entry and competitive strategies such as judo that have been around for decades. I’ll also assume you’ve done your due diligence about why the US market is a better fit for your company compared to other markets (although non-US markets do have incredible promise).

Instead, I’ll cover fundamental learnings from two recent examples of overseas edtech companies that have gotten a foot in the US market – Lab4U and PeerGrade. Using built-in mobile phone sensors to empower teachers to improve their science classes through experimentation, Lab4U started in Chile and has since expanded to other Latin American countries and the US.  PeerGrade – as the name indicates – facilitates peer feedback sessions on an online platform and largely caters to the higher ed and secondary ed markets.

Partnerships, or at least connections, can open quite a few doors before your company even establishes a presence on the ground. Both Lab4U and PeerGrade tapped into the accelerator scene (co.lab and Y Combinator, respectively). It was during a Bay Area school visit while she was visiting co.lab that Lab4U CEO Komal Dadlani had an epiphany and “saw that what we’re doing can have a major impact in the US. Before that, we were largely only thinking about the Chilean and other emerging markets.”

“It’s always better to have some institutions/connections behind your back – otherwise you might lose a lot of time that, if invested in your home market, could help you grow.”

Backers can be accelerators, incubators, local investors, or even a local arm of your foreign government agency, or a strategic partner who could help you with office space and connections to local customers.

Do it cheaply, quickly, and bravely. For PeerGrade, the stars aligned for a serious look at the US market in December 2016, when the company (a) introduced a freemium model for their product to shift away from local sales and (b) was featured by a prominent American education blogger.  With the combination of a pricing model change and content marketing, word in the US spread fast, and weekly sign-ups increased +10x.

If your shift to the US is based on just a handful of users, test the market a bit more before fully committing to full-fledged expansion. This leads to my next point: how to address US customers from abroad.

If you’re already established in a foreign market, do some initial US market tests from abroad and run operations remotely if possible.  PeerGrade, for example, offered its freemium product to the US market long before it located most of its team to the US.

As soon as US customers become a large share of your base, you’ll need a physical presence.  After getting into YC’s cohort, PeerGrade’s CEO decided to move his team to San Francisco for a few months in order to collaborate better and make quicker decisions. He said, “We all live in one single house, and from here we’re able to support our users in both the US and across the ocean.” If you don’t have the luxury of operating from the US, make sure to talk to your US customers often (ideally visiting them) to assess the opportunity to expand into more users in this market.

Expect to spend significant effort on adapting your product and sales to local tastes or PeerGrade, the US customer base was vastly different from the one back home, pushing  the company to reframe the positioning of their product around its added educational value. Compared to Danish students attending high-quality, free public schools, American students paying top dollar to attend private colleges desired feedback from their teachers and professors instead of their peers.

On the flip side, building organic traction in the US is a lot easier than in continental Europe.  “Spanish-speaking teachers would tweet about us in Spanish, but that wouldn’t necessarily resonate with the French. In the US, even though SF and NY are much farther apart than Spain and France, the cultural difference is much smaller,” says PeerGrade’s CEO.

Lab4U, which is attempting to crack into science classrooms, spent significant resources aligning its product to inquiry-based learning, local curricula, and NGSS. The company also collected feedback from members of the American Association for Physics Teachers to ensure the  product would resonate with American teachers.

Lab4U also tested a new, freemium business model in the US. While in emerging markets technology is still generally adopted from the top down (mandate of a state, or federal ministry of education generally), in the US, given the penetration of connectivity in K12 schools, the adoption is bottoms-up, particularly for resource constrained startups.  As a result, science teachers can be responsible for both using and purchasing the product. Kumal noted that this is in contrast to Latin America where “our clients are top-down. The government or a district decides [what to purchase] and as a result, teachers are hesitant until you train them and show them the value of the product.” In other words, a product needs to be essentially self-service (with potential professional development via website, videos and case studies) in order to be ready for US users.

Investors tend to be wary of investing in teams that are far away and cannot meet face-to-face regularly, so you need to have boots on the ground if you’re planning to raise in the US.  Sometimes that can mean the CEO traveling for fundraising and hiring a local sales person before closing the round with a US investor. Additionally, most investors will prefer that you also have a parent company that’s also US-based.  However do not think that raising money in the US is a must. A company like Kahoot was able to penetrate the US without raising money from US investors until recently.

In underserved or less developed edtech markets, there will be less competition and potentially  lower product expectations.  Lab4U CEO Komal says, “I was getting critical acclaim and teachers really liked it in Chile, but in the US the product needed major redesign and we learned a lot from the market.”  The company initially faced a huge learning curve, and since then revamped its UX/UI and how it deals with pedagogy.  This helped build a competitive advantage against domestic players in Latin America, but it still faces strong competition in the US. Competition tends to be especially fierce for overseas companies due to domestic players’ deeper connections with local talent pools, cultural similarities with users, and their overall existence in a developed market.

Both CEOs recommended doubling-down and focusing on your core objectives as a top priority once you’re in the US market. As an overseas company, you’ll run into more roadblocks and have a steeper learning curve than some of your local competitors, so you’ll have to be even more careful about your efficiency, velocity, and learning habits. Additionally, smaller markets outside the US can sometimes force edtech companies to diversify faster or integrate vertically, while in the US you’ll need to focus on carving out your own niche and establishing a presence before moving onto other pastures.

Of course, for every rule there are exceptions. There are a handful of successful startups who did not necessarily follow some of these tips and still made it “big in America.” I would include Kahoot (Norway based) and Kano (UK based) in this select list. What they both had from the get go though were truly global products and strategy and both were able to successfully penetrate the US education market. I hope that you find at least one or two of these tips to be useful for you as you think of entering the US edtech market from abroad.

2 Comments → How can overseas edtech companies successfully enter the US market?